When asked to describe the typical victim of phone scams, most people say the same thing:

Sound like what you would envision? That’s what I would say. Well, the BBB Institute for Marketplace Trust did some research on phone scam victims and their findings may surprise you.

Most individuals believe that the only person who would fall for a phone scam is someone “not like moi” (or “me” for those who don’t speak français). Seventy-seven percent of survey respondents also said females were more likely than males to get scammed, but I like to think that’s just because women are more known for their nurturing, caring side than those brutes of men [not you, Dad]. In other words, what the BBB calls the “pitied” victims: those who elicit a desire to help and protect verses the “scorned” victims: those who are ignorant or stupid.

All right, so we’re all picturing your average Joe/Jane here getting scammed: 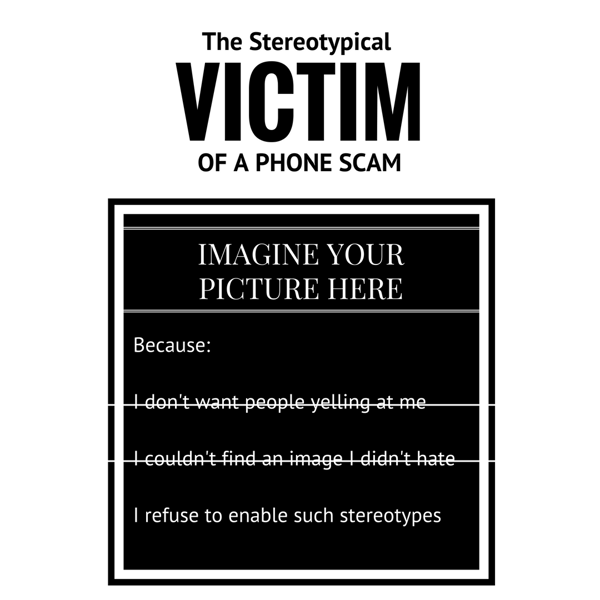 Well, we all pictured wrong.

Survey respondents who acknowledged losing money to a phone scam in the prior year were both younger AND more educated than the sample as a whole. We’re talking 25-34 year olds with a college degree. [Looks over left shoulder, and right shoulder, hangs head….ugh, that’s me. CURSE MY DEMOGRAPHICS!]

Not so fast, 35-44 and 45-54 year olds, don’t consider yourselves out of this game. You tied for 2nd place in most likely to get duped. But don’t worry. Even if you’re residing in or nearby the “most likely scam victims” category, there is still hope for us yet.

Nearly 80% of all respondents said that having knowledge of different scams and how they’re executed prior to being targeted was highly preventative. Now, in order to protect your future self from getting scammed, take these two steps:

To read the full white paper “Cracking the Invulnerability Illusion” from the BBB, click on the image below: 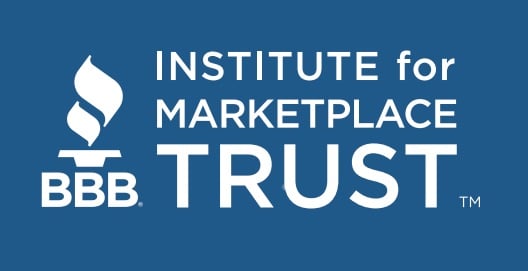