The Phone: A Gateway for Fraud

According to the Federal Trade Commission, of the 1.8 million fraud reports received last year that included a contact method, the phone call topped the list; this was followed by text messages. 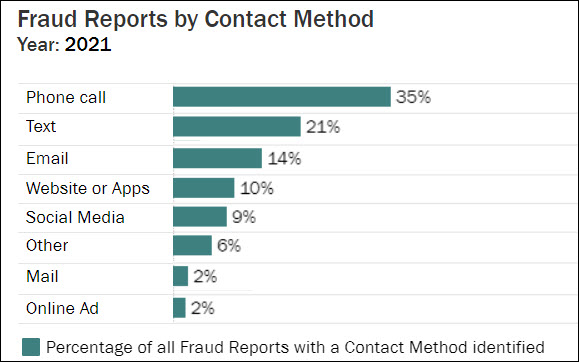 According to the Federal Trade Commission, the phone call was the most popular contact method used to commit fraud last year. (Source: FTC Consumer Sentinel Network) 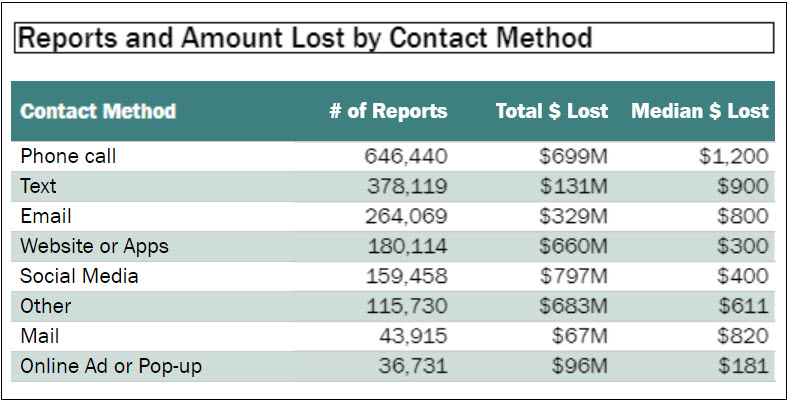 The phone call also topped the list for the medium amount of money lost by people who were scammed. The median amount lost was $1,200. (Source: FTC Consumer Sentinel Network)

How to prevent phone fraud

Businesses can help their customers feel safe answering the phone by adding Hiya Connect, which enables businesses to display their company name, logo, and reason for the call on the recipient’s mobile phone. Branded caller ID identifies who is calling so customers will not be afraid to answer their phones for fear of being scammed.

For more information about Hiya Protect or Hiya Connect, send us an email.