IOS 16 has arrived and is fully available for all iPhone users. There are a ton of new customizable features, improvements, and functionality that will make operating each phone more accessible.

However, if you are a business owner using a branded caller ID service or an end user that relies on accurate spam labeling, you may have noticed a frustrating change to call display. These changes have affected the prominence of spam labels. With iOS 15 caller ID’s were projected in a highly visible way; a large name identifying the caller with an associated subscript describing the call's origin. Now (as you’ll see below) with the implementation of iOS 16, the branded call name has become less visible, moving to a less prominent position on the call screen. The unidentified number is now displayed above the caller's name.

What influenced the sudden change?

The TRACED Act was passed to protect users from unauthenticated calls through the widespread deployment of caller identification. The iOS 16 update did not include the necessary authentication information required under the TRACED Act.

Comparison of branded caller ID on iOS 15 vs. iOS 16

The left shows the display of iOS 15. The right shows the changes implemented in iOS 16. The unidentified number is now projected above the caller ID; there is no longer a location tag.

Comparison of spam label on iOS 15 vs iOS 16

With iOS 15 (left) iPhones display the spam warning above the location of origin, but with the implementation of iOS 16 (right), an unidentified number is projected above the actual warning.

Comparison of Missed Call log on iOS 15 vs. iOs 16 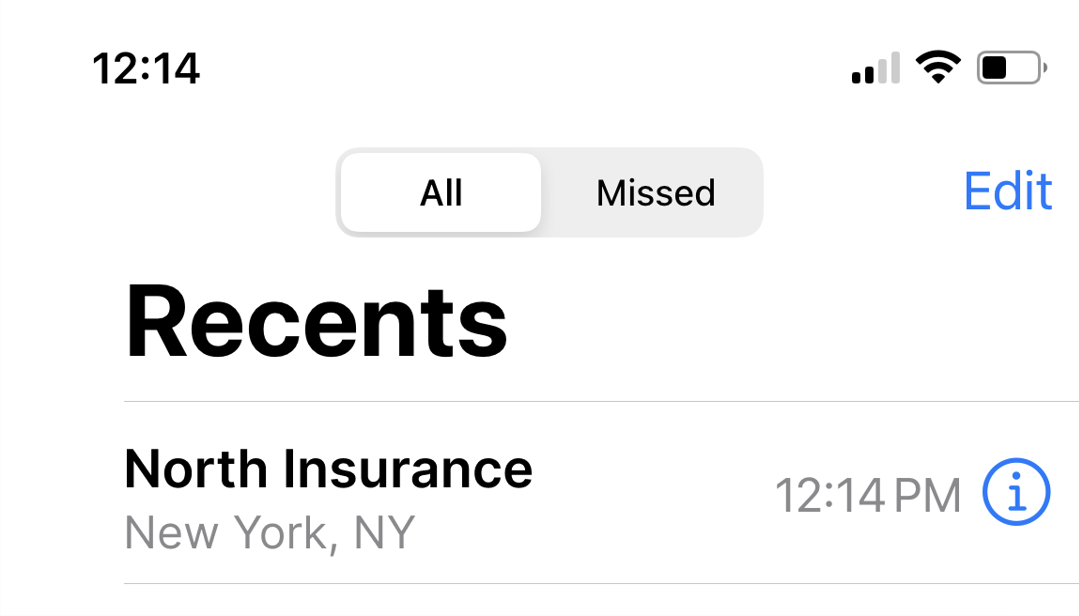 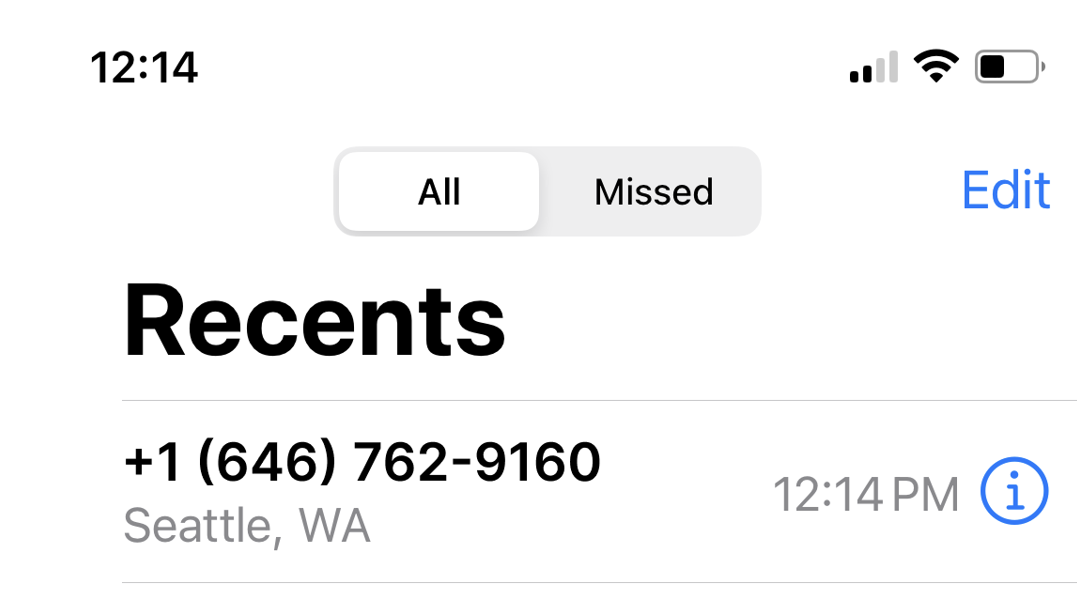 Changes to the branded call display

Caller name display has taken a turn for the worse in this update: the caller name is shown in the smaller gray font below the incoming number. Branded caller ID is an increasingly popular service that helps consumers make educated choices about who is calling and whether to pick up or not. Apple’s decision to make these changes will likely reduce the effectiveness of branded caller ID to help protect enterprises and users from unwanted or spam calls.

By making the caller name less prominent, less visible, and not tracked in the missed call log, Apple is unnecessarily making it harder for consumers to make the best decision based on their needs. This could lead to increased spam calls being answered, more wanted calls being missed, and reduced overall satisfaction with iOS and carrier spam protection.

How will this affect your calls?

These changes impact 3 different sectors of the voice channel: call recipients, outbound callers (many times businesses), and carriers. For enterprises,  iOS 16 could be a hindrance to maintaining your calling reputation and in turn affect your answer rates and other associated metrics.

As a call recipient, if the unidentified number appears above the identified name, there’s a strong chance that you'll be less likely to pick up. This can become a detriment to the quality and frequency of the calls that are answered.

It remains to be seen how these changes will ultimately impact call behavior for carriers, but we don’t suspect it will be beneficial; if these display changes are permanent, they may end up making it more difficult than necessary to protect consumers from spammers and scammers.

What the future holds

Time will tell how this will impact calling and answering practices among iPhone users. Hiya is working with carriers and partners to bring this to Apple’s attention; thankfully, other software/phone manufacturers have not followed Apple’s lead. Branded call remains unchanged on Android devices.

We publish a new post about
once a week