The auto warranty scam has been the #1 phone scam in the United States for more than two years, based on the number of reports from customers using Hiya Protect via their phone carrier, mobile device manufacturer, or mobile app.

In July, following FCC actions aimed at shutting down auto warranty calls, reports of the scam took a dramatic fall. By the end of July it had fallen from first place, and it is now trailing other popular phone scams, including healthcare scams (#1), Amazon scams (#2), and credit card scams (#3).

One year ago, Hiya was receiving more than 25,000 reports of auto warranty scam calls per day. As of mid-September 2022, the number has dropped to fewer than 2,000 per day. 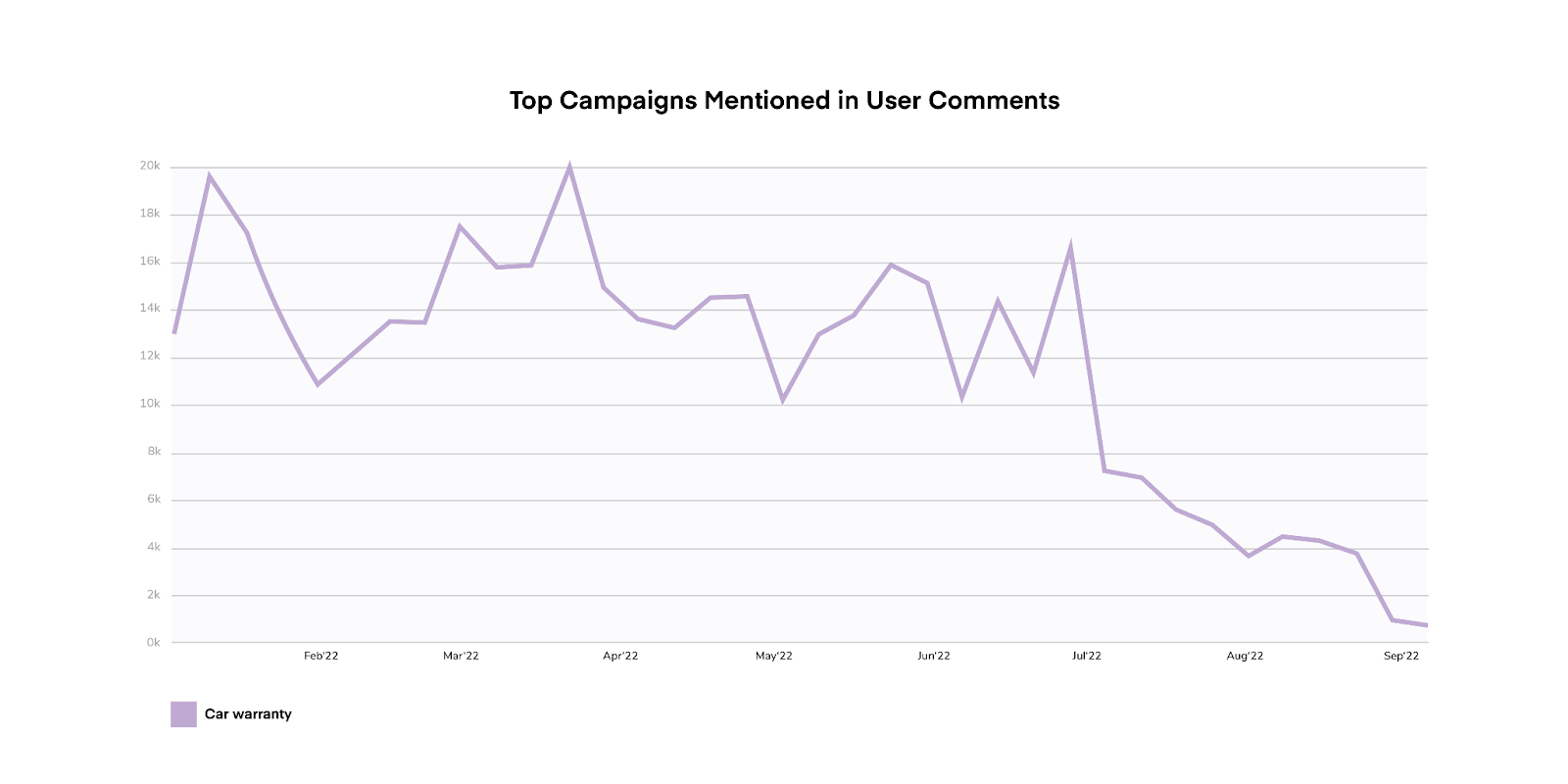 The auto warranty phone scam has taken a dramatic plunge following an FCC crackdown in July.

A lawsuit filed by the Ohio attorney general in July names 22 defendants, led by Roy Cox Jr., Aaron Michael Jones and Stacey Yim, all of California. The group is accused of violating the  Telephone Consumer Protection Act and the Telemarketing Sales Rule. Cox and Jones have previously been sued by the Federal Trade Commission for similar robocall practices.

How Hiya is fighting the auto warranty scam

Over the past few years, Hiya has blocked millions of auto warranty calls and is using new techniques to stop them. One tool that has proven to be very effective in stopping the auto warranty scam is Hiya’s Adaptive AI, a component of Hiya’s spam and fraud fighting service Hiya Protect. Adaptive AI goes beyond simply blocking known spam numbers; it uses machine learning to target the tactics of scammers, proactively shutting down scam campaigns in their earliest stages.

If you’re a carrier and are looking for a solution to combat spam and fraud calls on your network, consider Hiya Protect, which identifies spam calls and blocks fraud calls with high accuracy, without blocking important calls. To learn more, visit the Hiya Protect webpage, or send us an email.

FCC (and Hiya) Cracking Down on Auto Warranty Scams

Scam of the Month: The Auto Warranty Scam

We publish a new post about
once a week