The world’s most prevalent phone scam shows no signs of slowing down. In fact, the popular Wangiri scam is expanding throughout Europe and evolving to become even more difficult to detect and stop. That’s why our research team recently dug into the data, tracked emerging trends and provided fresh insights in our recent Wangiri Scam Report.

Here’s how the Wangiri scam works:

The Wangiri scam remains so popular because it’s simple, successful, and low risk to the scammer. But in the end, victims and telcos are the ones left paying the price.

Key findings from our report 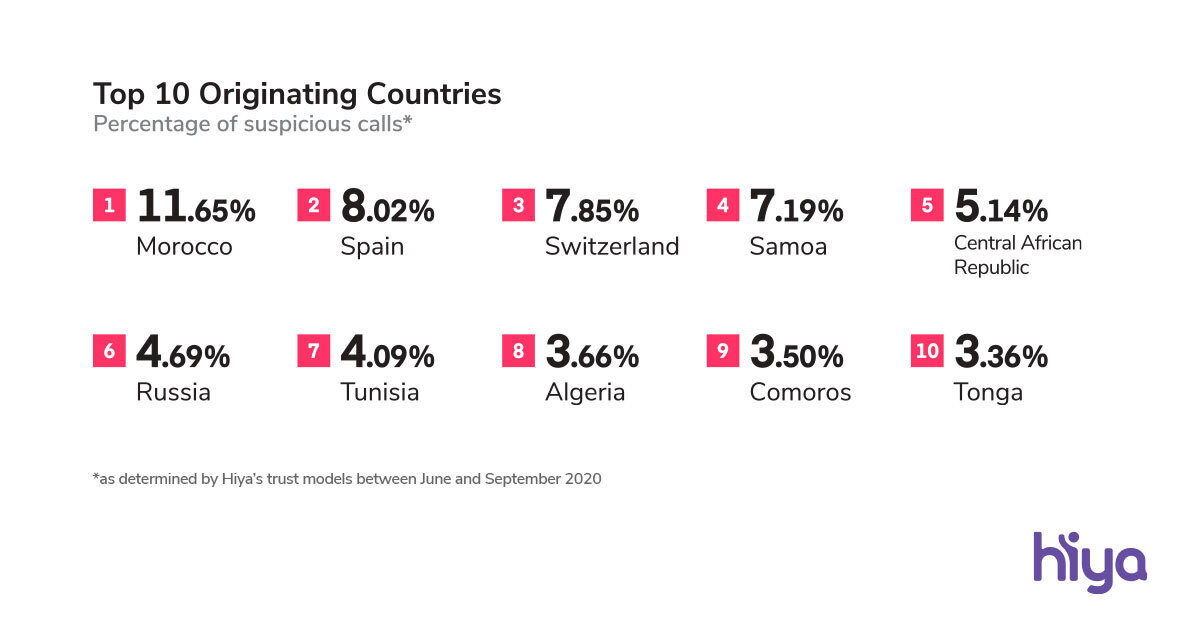 The call is coming from inside the house!

Perhaps most surprising of these trends are the amount of calls that originate from neighboring European countries. Not only did Spain and Switzerland take two of the top three spots, but European countries were consistently among the top originating countries. 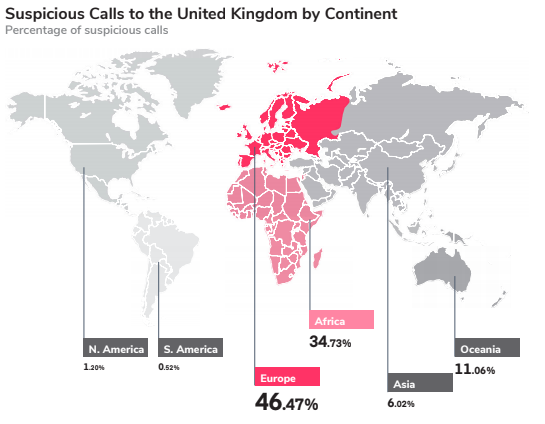 How can we stop these scammers?

Stopping international scams like Wangiri is extremely challenging. As you can see, scammers use tactics like calling from neighboring countries and adjusting the volume of scam calls to avoid detection from telcos. The current approach is to wait until a single phone number makes a massive amount of calls on the network, then block that number.

But there is a better way. At Hiya, we take an international approach to solving international scams like Wangiri. Hiya detects these scams in real-time across borders and across networks thanks to our international partners and more than 150M users worldwide. Our machine learning trust models detect suspicious calling behaviors and our integration with global carriers and device manufacturers enables us to flag and even automatically block these fraud calls from reaching the user’s phone. This type of global, always-on approach is critical to rooting out the bad actors and keeping people protected on the voice network.