State of the Call Report: Americans Only Answer Half of All Calls They Receive on their Mobile Phones

As our phones continue to be inundated by robocalls, many people no longer want to pick up the phone at all. Unfortunately, this has led to important calls being missed, such as those from your doctor, your child’s school, the bank, and others.

In Hiya’s first State of the Call report, we provide insight into how Americans use their mobile phones on a monthly basis given the rise in robocalls. For example, based on a subset of 11 billion calls analyzed per month, we discovered that only 52 percent of calls Americans receive on their phones are picked up, which also means that almost half of calls are unanswered. Yet, in a surprising twist, 9 percent of calls that have been identified as spam are picked up, which is a staggering amount considering that, according to Hiya’s Robocall Radar Report, a total of 26.3 billion robocalls were made to American phones in 2018, up 46% from the previous year’s total of 18 billion.

Learn more about the key findings from the analysis which includes phone call behavior, call pick-up rates, call duration, and top calling industries by clicking the image below: 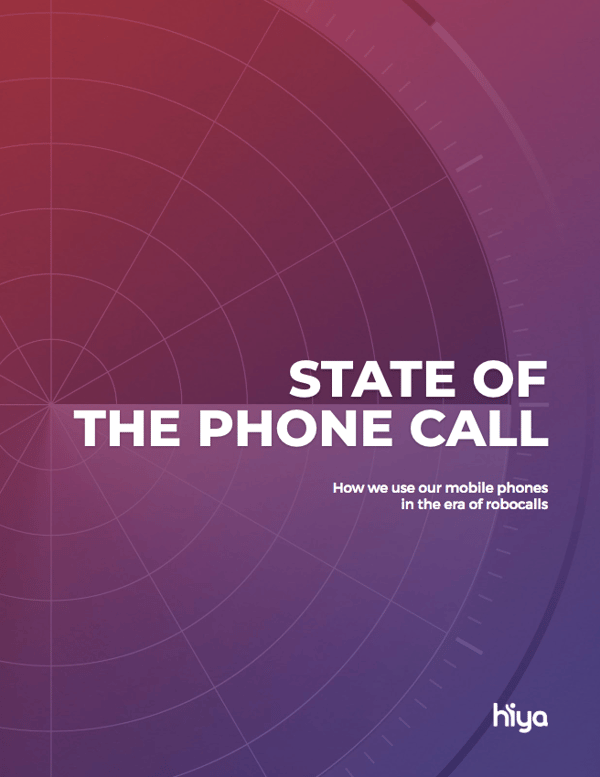 How do you stop spam and scam calls? Traditionally, spam-blocking services had used the historical ... >

Hiya Captured Half a Billion Unwanted Calls in a Week