As Hillary Clinton and Donald Trump up their game for donations and voter support, unfortunately scammers are too. As we receive a number of legitimate political calls from each candidate’s campaign, amongst those are an even bigger amount of political scam calls that are leaving our phones off the hook!

“Across the board, political robocalls are up 64 percent since the beginning of the year, according to a report released Oct. 18 by caller identification application Hiya Media Inc,” reported Bloomberg BNA.

Unfortunately, unlike most robocalls, political robocalls are protected under the TCPA, 47 U.S.C. 227, and “treated like information calls, as opposed to telemarketing calls, which have more stringent requirements,” claims Troy Lieberman, litigation associate at Nixon Peabody LLP in Boston and co-leader of the firm’s Telephone Consumer Protection Act (TCPA) team.

Learn more about how political calls work and how each candidate is using them to their advantage or unknowingly to their disadvantage by clicking the image below: 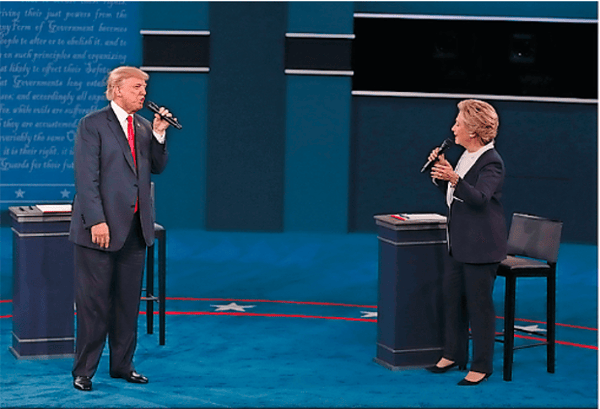